The word placebo means “I shall please” and originally comes from Church liturgy “I shall please the Lord”, and was later used for any attempt to flatter or please another. By the 19th Century, physicians used placebo to refer to any ineffective ‘medicine’ given to a patient not to cure, but merely to please.  Soon physicians saw that if the patient expected the sugar pill to help, it did. 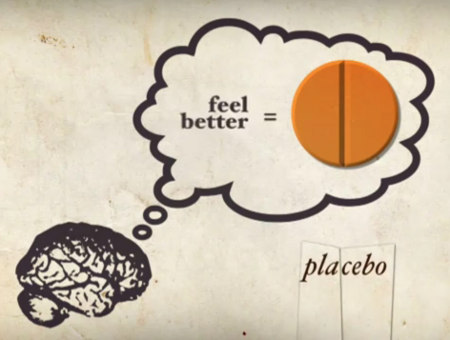 Recent research has shown that the effect is strongest for those disorders that are predominantly mental and subjective: in the case of the depression, placebo pills produce almost the same effect as conventional medicine.

Pain is another nerve-related symptom which is susceptible to treatment by placebo.

Placebo effect has a neurological foundation: Neuro-imaging shows that placebo works by stimulating the production of naturally occurring pain-killers in the brain.  Placebo-activated opioids not only relieve pain, they also modulate heart rate and respiration.  The neurotransmitter dopamine, when released by placebo treatment, help improve motor function in Parkinson’s patients, they can also elevate mood, sharpen cognitive ability, alleviate digestive disorders, relieve insomnia, and limit the secretion of stress-related hormones like insulin and cortisol.  An inert placebo may, by definition, have no effect, but under the right conditions it can act as a catalyst for the body’s endogenous health care system. 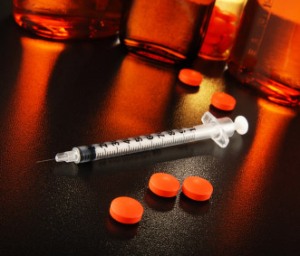 Drama is important: Placebo injections are better than placebo pills.  And sham surgery is the most effective of all.  The pill itself will make a difference: shape, size, branding, and price all influence its effects on the body. Soothing blue capsules make more effective tranquilizers than angry red ones, except among Italian men, for whom the color blue is associated with their national soccer team.

Positivity: The more positive a doctor is when telling the patient about the placebo, the more likely it will do the patient good.  We are constantly parsing the reactions of those around us – such as the tone a doctor uses to deliver a diagnosis – to generate more accurate estimations of our fate.

Is alternative medicine a placebo?  Dr Edzard Ernst, professor of Complementary Medicine at Peninsula Medical School has pioneered rigorous study of many alternative treatments: he found that 95% of treatments were statistically indistinguishable from placebo treatments.  Ernst’s listed treatments that “demonstrably generate more good than harm” were: St John’s wort for depression; hawthorn for congestive heart failure; guargum for diabetes; acupuncture for nausea and osteoarthritis; aromatherapy as a palliative treatment for cancer; hypnosis for labour pain; and massage, music therapy, and relaxation therapy for anxiety and insomnia.  He also said that practioners of alternative medicine often excel at harnessing the placebo effect through:

The effect of the placebo may persist even if the patient is told they are getting placebo treatments:  Indeed patients have been able to wean themselves from addictive medicines using something they know to be a placebo.

Although there it is an ethical question whether doctors should hand out placebos, the fact that doctors may be handing out unnecessary medication,  side effects included, is also questionable.  An American study of 8,000 people who had been treated for depression found that a quarter of them were not clinically sick, but had just undergone a normal life event such as bereavement.  Everybody hurts: but people are being needlessly drugged because the natural state of feeling unhappy is viewed as an illness, rather than a ­normal part of life that we should experience and learn from.

And if we can harness body’s inherent healing ability, unmedicated, all the better.

Further reading: Why are placebos getting more effective

This entry was posted in mind, pain, placebo. Bookmark the permalink.